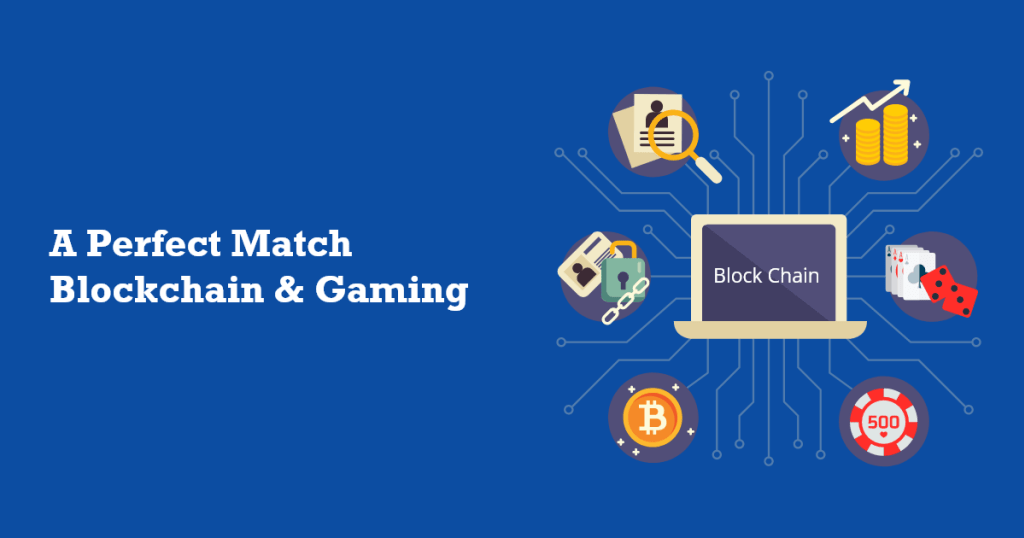 A Perfect Match: Blockchain and Gaming

The gaming industry never stopped growing. Though initially, there were only a few who anticipated the potential it held, the inception of broadband internet changed things completely. From casino games to arcade games, the industry evolved into online gaming or digital gaming – a virtual jackpot that never seems to run out.

Today, online gaming accounts for a major chunk of the industry, which was estimated to have generated $116bn in 2017 alone. With advanced mobile phones becoming more compatible to host high-end applications, game developers offering better games and hardware players providing enhanced and portable gaming devices to tailor better experiences – that too at cheaper costs, more and more people are turning into avid gamers.

Over the last few years, the gaming industry has been revolutionized by several new technologies like Artificial Intelligence (AI), Virtual Reality (VR) and Augmented Reality (AR). One such technology that is set to become the next big thing in the industry is Blockchain. This new addition to the gaming industry has the power to cause huge disruptions in the way developers and gamers interact and access their games and the digital assets attached to their games.

BLOCKCHAIN – THE NEXT BIG THING IN THE GAMING INDUSTRY

Popular online games have changed their revenue models to earn money through in-app purchases. To cross levels, add enhancements to game characters, boost benefits, etc., digital accessories and upgrades are constantly purchased on the esports market by players. This has been an extremely viable solution for both gaming companies and gamers alike.

This way, slowly, gaming assets have become as important and valuable as tangible assets. The influence of blockchain at this juncture was very timely because it offers discernible proof of provenance of specific virtual items. Moreover, these digital tokens offer huge payment benefits that are very useful for esports, creating native in-game tokens and driving seamless transactions on decentralized exchanges.

HOW THE GAMING INDUSTRY CAN BENEFIT FROM BLOCKCHAIN

Blockchain technology can provide higher security for video games. Especially for online casino game players. It can be used to prevent illegal trading of digital assets online as well as in black markets.

It helps maintain a distributed ledger, one that can easily deter hackers from stealing information. Which means that the information on the ledger may not be duplicated or amended retroactively.

Previously, gamers used to pay high-prices for in-game items, only to find out that illegal copies have made it worthless or that they had purchased an illegal copy. With blockchain in place, such duplications can be eliminated and players can be more confident in making such transactions.

Blockchain grants gamers full control over their virtual assets. Traditionally, in-game assets are kept in servers and this leaves them with the risk of being duplicated.

Bitcoin makes in-app payments much easier and safer. That’s because players can make payments directly to game developers. This cuts out middlemen and offers great transparency, eliminating the need for credit cards or debit systems.

Be it to promote a game developer’s own content or a desire to protect the rights of consumers, blockchain in gaming is becoming widely accepted and apparent. Makers of big-title games are thinking about integrating this technology and people are now more serious about their games and gaming life than ever before. With the industry making over $100 billion in a year, it is very obvious that blockchain is going to revolutionize the future of gaming forever. It’s just a matter of time.