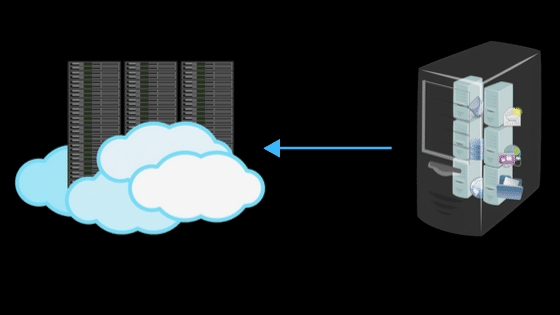 With the IT shift to cloud and business shift to cloud-based data platforms, there is a growing increase in migration projects, which aim at migrating applications and data from a corporate data centre to a cloud platform. The migration may be mandatory because of a merger or acquisition, in which data from another organization has to be migrated to a new or existing environment, or because a business segment has been sold, which requires migration to storage elsewhere. In some cases, migration may be a deliberate strategy towards better service delivery.

Before we move to migration strategy and delivery model, we first need to understand why migration is required, and why is it important for businesses to migrate their data.

Typically, a large migration project needs a dedicated team (and sometimes a strategic partner) for carrying out the migration. This is important since a qualified and experienced migration team will fill the gaps in resources that universally exists among all service providers attempting a migration. A migration project requires resources strictly dedicated to the various aspects of the migration, including program management, product and service development, engineering support, and technical and operational expertise.

One of the key things that you need to decide as part of a migration project strategy is the location – whether to execute the project at onsite or offshore, or through a hybrid model.  Several project factors would affect this decision, and it is therefore important to understand what these models mean so that the right decision can be taken.

The global delivery model refers to the process of executing IT projects using resources located at multiple sites across the globe. There are various types of Global Delivery Models, as described here:

HOW TO CHOOSE THE RIGHT DELIVERY LOCATION MODEL

For each migration project, several factors help decide the location for the delivery. Some factors lend themselves to one or the other model directly; whereas some factors are more ambiguous and need deliberation before an informed decision can be taken.

Some of the factors governing this decision are explained here, and in each case, it helps to see which model is favored.

You have the option of executing migration projects from either onsite/client site or offshore, or even a hybrid onsite-offshore model. The kind of project, its scale and stage, its task breakdown and dependencies, and its ease of operations and dependency on infrastructure could be some of the factors that influence where the project can be executed. In addition, the client’s outsourcing strategy and maturity to offshoring plays a huge role in the decision as well. The migration approach and workflow would also have a bearing on this decision. In summary, the idea is to make the migration projects as effective as possible, and choosing the right delivery location model is key to this success.